The Miracle in the Checkout Line…Almost 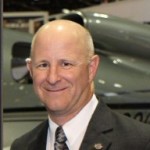 A couple of weeks ago, I decided to make a major shopping trip to Walmart. I had a rather long list of items to buy on this particular trip, so I spent about 45 minutes going up and down the aisles, often dodging the carts of the same people. When I arrived at the checkout line, I found myself behind a young woman who I had previously encountered. There was a small months-old baby in her cart, strapped into a small car seat. I made a comment to her while we were waiting, complimenting her on the smiling, beautiful child.

The next few minutes were spent unloading my over-packed cart, and when I returned to reality I heard the clerk tell the woman that her credit card was expired. As she returned the card to the young woman, I could see the woman’s whole demeanor sink, as she realized that the last hour she had spent shopping would be wasted. The woman asked the clerk to create a receipt, and said she would go out to the car to retrieve her wallet and pay for the groceries. My intuition told me that this was just a way to escape gracefully, and there was probably no other way for this woman to pay.

At this point, I pulled out my credit card and insisted that I pay for the woman’s groceries. I gave her one of my business cards and told her to just send me a check when she was able. I told her I knew how hard it was to go to a store with a small baby, and I didn’t want her to have wasted the whole afternoon. She thanked me profusely with a big smile on her face, and she assured me that she would send me a check for the $50-60 that I had spent. After the woman had departed and my groceries were being scanned, the attractive woman behind me in line thanked me for helping the woman and also for providing a positive example to her two children, who had witnessed the event.

Confession—the events italicized never happened. Instead of jumping in and making a positive difference in the life of this woman, I was thinking all kinds of negative thoughts: “Why does this always happen in my line!” “This is taking forever!” In reality, the embarrassed young woman picked up her baby in the car seat and headed out the door without her groceries. She did not return with her wallet. The woman behind me in line never spoke to me. By not being fully present in the moment, I had missed my chance to do something good.

My colleague, Richard Luck, recently wrote an excellent blog describing how important it is to go back and fix your mistakes in interacting with people as soon as you can. This experience in Walmart illustrates how sometimes you do not get a second chance to make it right. If you miss the chance, it is gone forever.

Be present in the moment. Be alert for those opportunities provided by the universe to allow you to make a positive difference in the life of another human being. Take action to do something good.

Scott A. Moore graduated from the United States Air Force Academy with a degree in Chemistry then served 24 years as an officer in the U.S. Air Force. He earned a Master’s degree in Chemistry from the University of Illinois and is a Certified Aviation Manager. He joined the Luck Companies team in 2005 and serves on the Board of Directors of the National Business Aviation Association. Scott’s experience with honor and ethics during his Air Force career served as a foundation for his VBL work with Luck Companies. His experiences range from those in the cockpit to those in the classroom, and from those in the boardroom to those in the cubicle. Scott gives passionate presentations on VBL at national conventions, professional leadership teams, and non-profit groups.