For the last several years I’ve made it a practice to observe the Martin Luther King Day holiday by re-reading his famous “Letter from a Birmingham Jail”.  King penned the letter while in solitary confinement, writing first in the margins of a newspaper that had been smuggled in to him, and then on scraps of paper from his meetings with his lawyer. It was written as a response to 8 white members of the Birmingham clergy, who had publicly criticized King for organizing protests in Birmingham, the act that resulted in his arrest.

This year as I read the letter, its message of courage particularly resonated with me. This letter demonstrates a true strength of inner will. While it expresses empathy, it also demands accountability.

We celebrate Martin Luther King, Jr’s life and legacy because of the way he modeled leadership based on clear values of justice and non-violence. At InnerWill, one of the key practices of Values Based Leadership is Taking Action, which we describe as Leading with Courage. The Letter from a Birmingham Jail clearly articulates the components of this practice.

In response to criticism that King should advocate negotiation rather than participate in direct action protests, he lays out his rationale for his choices. Clearly, he and his team made very conscious choices – choices that often involved significant :

“Nonviolent direct action seeks to create such a crisis and foster such a tension that a community which has constantly refused to negotiate is forced to confront the issue. It seeks so to dramatize the issue that it can no longer be ignored. My citing the creation of tension as part of the work of the nonviolent resister may sound rather shocking. But I must confess that I am not afraid of the word ‘tension.’ I have earnestly opposed violent tension, but there is a type of constructive, nonviolent tension which is necessary for growth.”

In our own leadership, we each have an opportunity to be just as clear about the impact that we are trying to make in our teams, our workplaces, our families, and our world. And then to consistently make conscious choices to achieve that impact, even when faced with resistance.

Act With My Values

His clear articulation of values, and consistently aligned actions, may be the reason Martin Luther King, Jr is so revered. In his letter, he describes his value of justice in response to the admonition from the white clergy to comply with the laws in place. He admits that breaking certain laws while advocating that others follow new laws put in place, such as desegregation of public schools, may appear hypocritical. But he clearly describes what guided his assessment of whether a law is just or unjust, arguing that unjust laws are those that should be broken – and changed:

“An unjust law is a human law that is out of harmony with the moral law… Any law that uplifts human personality is just.  Any law that degrades human personality is unjust.  All segregation statutes are unjust because segregation distorts the soul and damages the personality.  It gives the segregator a false sense of superiority and the segregated a false sense of inferiority… Thus it is that I can urge men to obey the 1954 decision of the Supreme Court, for it is morally right; and I can urge them to disobey segregation ordinances, for they are morally wrong.”

As leaders, we can also examine our values deeply over time to achieve this type of clarity. With our own core values clear in our minds, we can form our own judgments and follow our own moral compass.

Without question, King exemplified a willingness to face challenges personally – after all, his arrest in Birmingham in April of 1963 marked the thirteenth time he had been arrested, and he had endured many attacks and countless threats.

King always approached the difficult with confidence. This was illustrated in the letter when he addresses others who were failing to lead with courage and act with their own values. This letter, though published for the public, was written as a response to eight fellow members of the Christian clergy. King addresses them directly, saying “You deplore the demonstrations taking place in Birmingham.  But your statement, I’m sorry to say, fails to express a similar concern for the conditions that brought about the demonstrations.” Later in the letter, he expresses his disappointment even more strongly, saying “Shallow understanding from people of good will is more frustrating than absolute misunderstanding from people of ill will. Lukewarm acceptance is much more bewildering than outright rejection.”

King continues to model leadership as he calls them into accountability, and encourages them to consider their own moral guidance:

He ends with a beautiful statement of vision, “Let us all hope that the dark clouds of racial prejudice will soon pass away and the deep fog of misunderstanding will be lifted from our fear drenched communities, and in some not too distant tomorrow the radiant stars of love and brotherhood will shine over our great nation with all their scintillating beauty.”

Martin Luther King, Jr possessed a gift of eloquence that few of us have.  But what made, and continues to make his eloquent words most powerful was his modeling of his leadership practice. His example of Taking Action, and Leading with Courage is one that we can each follow in our own lives.  What better way to celebrate his legacy.

Leveraging VBL During Times of Uncertainty

No matter your role at work, at home, or within the community, you have an opportunity to lead. In times of crisis, others need to know who you are and what you stand for. Dr. Tom Epperson shares how you can use the Five Practices of Values Based Leadership as a compass to see your true north. 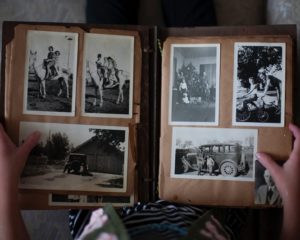 Values Based Leadership for Families 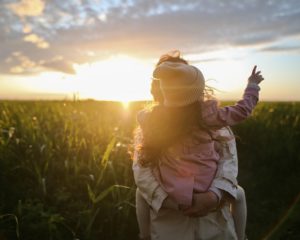