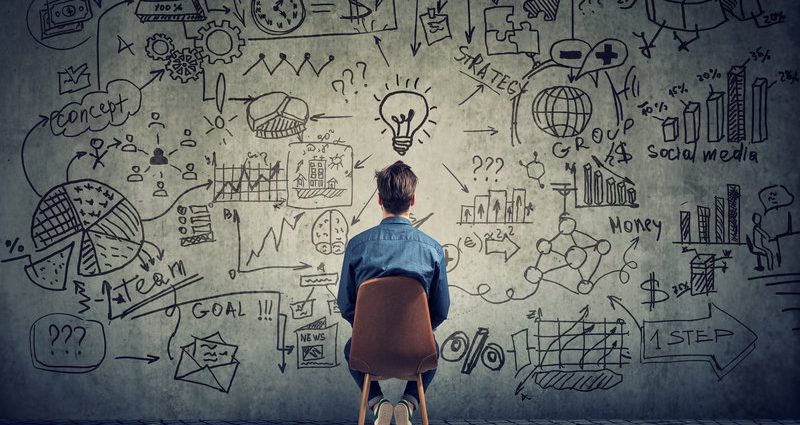 “Mindsets are just beliefs. They’re powerful beliefs, but they’re just something in your mind, and you can change your mind.”
― Carol S. Dweck, Mindset: The New Psychology Of Success

When the book “Mindset” came out in 2007, it introduced the powerful new concept of “Growth Mindset.” Dweck shared her research showing the stark differences in behaviors of people who functioned under a belief system that they had the ability to change their talents and intelligence versus those who saw intelligence and abilities as fixed. Those with a growth mindset were more resilient, more open to feedback, and more likely to take on new challenges and overcome obstacles.

InnerWill partner Dr. Chris Reina recently co-authored an article for Harvard Business Review  that recommends that a focus on changing mindsets is essential for effective leadership development. In addition to Growth Mindset, he described three additional mindsets that can have a significant impact for leaders. His descriptions of each mindset offered fresh food for thought about how our own belief systems can impact how we show up as leaders.

At InnerWill, we believe that building self-awareness is one of the key practices for Values Based Leaders. Understanding how our belief systems show up in the way we lead creates the opportunity to be more intentional about how we impact others. As a mentor of mine likes to say, “The inner game runs the outer game.” But it’s also true that our inner game can be pretty complex. This interesting research on mindsets provides another lens to see our inner game more clearly.

I had the opportunity to talk with Dr. Reina about his research, and I’ve included some of the additional perspective he shared with me here – I hope you’ll find it helpful in considering how these mindsets may impact your own leadership.

Learning & Performance Mindsets
Chris describes a Learning Mindset as one that is focused on building competence and mastery rather than evaluating performance. In my initial read, I was struck by the idea that these seemed like two good mindsets to have, even though the article shares leaders with a Learning Mindset tend to engage in deeper learning, seek out more feedback, and exert more effort.

As I explored my take with Chris, he clarified: “At its core, a Performance Mindset is all about proving something—proving to oneself or proving to others, and thus it reinforces approaching life with the view that they know it all or have nothing further to learn. In other words, they tend to have an “expert mind”. This struck an important and familiar chord for me… it reminded me of Brene Brown’s description of perfectionism, which she defined as “wanting to be perceived as perfect.”

Perfectionism is a performance mindset run amok – we may tell ourselves we are striving for excellence, when we are actually working to avoid criticism and shield ourselves from vulnerability. My continuing work to let go of the need to be perceived perfect – literally having no flaws – has been some of the most important leadership work of my life. Dropping the shield of defensiveness is the only way to really understand ourselves as we are. Seeing ourselves clearly is the only way we can develop into the leaders we wish to be.

Deliberative & Implemental Mindsets
I experience these two mindsets as a polarity; while they are opposites, I actually find myself having to be more intentional about bringing an implemental mindset to my work and leadership. With a natural analytical style, the deliberative mindset comes more naturally – I tend to seek out a wide variety of information and perspectives with the goal of making the optimal decision.

In Chris’ research, they found that a Deliberative Mindset, one that is open to a wide range of inputs, leads to more accurate and less biased decision-making. Conversely, an Implemental Mindset, one focused on getting decisions implemented, may lead to suboptimal decision-making. Chris expanded on this idea, “The distinction here most evident in asking yourself the question—is my default to get things done, or is my default to get things done well?”

I have learned that I may tend toward overusing my deliberative mindset, sometimes having such a preference for getting things done well that I’m not able to make progress. We’ve all heard of “analysis paralysis,” – for me the paralysis can come from wanting more and more differing perspectives on a topic. I have to catch myself in the times when it’s important to pause, evaluate what’s known, and choose to move forward. My colleague, Wendy Berenson, has shared the acronym GETMO – “Good enough to move on,” and I use it as a check on myself.

In our discussion, Chris explained, “The difference between the two can most evidently be seen in the following scenario—do you take a chance and go for something in order to potentially gain (like apply for a new role) or do you avoid applying for a new role because not receiving this new role might potentially not work out for you?”

I see the differences in these two mindsets showing up every day in the ways that organizations are choosing to communicate and respond to the COVID-19 pandemic. While I believe that everyone has the shared goal of “flattening the curve,” the underlying mindset is evident in the way different organizations choose to communicate.

In one organization, employees received a sternly worded message about following CDC guidelines during this time, with a final note that failure to follow this policy would result in termination. The seriousness of the message is clear, but the focus is on the loss associated with not following the guidelines – both for the company and the employee.

By contrast, CEO Charlie Luck, in his weekly update video to Luck Companies employees, talked about how the organization has always valued the safety and well-being of its employees. He made it clear that the CDC guidelines were now a necessary part of the safety protocol, as important as safety glasses and hardhats. Same desired outcome, totally different mindset. As an organization that practices Values Based Leadership, Luck Companies chooses to promote the positive behavior associated with its values.

During these challenging times, how can you practice a Promotion Mindset to communicate and act out of what you value rather than what you fear?