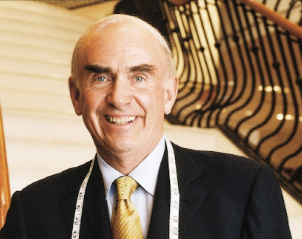 Jack Mitchell is Chairman of Mitchell Stores (Mitchells/Richards/ Wilkes/Marios), a three-generation family business that operates men’s and women’s specialty stores in Connecticut, New York, California, Washington and Oregon. Under Jack’s leadership, the Michell Stores have become well known for employee engagement and longevity, and for providing exceptional customer service and high-quality merchandise. In 2003, Jack launched a second career as an author and speaker. He has keynoted events for Morgan Stanley, Conde Nast, Merrill Lynch, Nike, Starbucks, and Harvard University (to name a few), where he engages audiences with Hug Your Customers/ Hug Your People/Selling the Hug Your Customers Way presentations. Jack has appeared on The NBC Today Show, and Kudlow & Cramer TV show as well as numerous radio interviews and articles. In April 2005, INC Magazine listed Jack as one of the “26 Entrepreneurs We Love”. Jack has been honored with Community Leadership Awards from the Anti-Defamation league, The Menswear Division of UJA-Federation of New York, and Sacred Heart University. He is on the Yale Cancer Board and Greenwich Hospital Board of Trustees. Jack has a BA from Wesleyan University and an MA at the University of California-Berkeley in Chinese History. He has been happily married for over 50 years and has four sons and seven grandchildren.