Feedback – Are We Getting More Than We Think?

Having taken a variety of personality surveys over the last fifteen years several themes have clearly emerged. One of these is a behavioral pattern I seem to be pretty good at commonly referred to as “pretty bird” syndrome. Simply put, I’m easily distracted, don’t finish everything I start and rarely complete a conversation (and sometimes even a sentence) before striking off in an entirely different direction. Please don’t get me wrong, as a lifelong learner in the leadership space I am very clear on the fact that this type of behavior can be the kiss of death for any leader; especially given the current conversation on the need for enhanced emotional intelligence, mindfulness and present moment awareness. These attributes however never seem to show up as “core strengths” in my surveys or 360 assessments. My journey continues.

The upside of knowing these interesting truths about my un-adapted self is an acute awareness of the need to chase even the smallest of clues that may in fact be some very real feedback in disguise. This being said, as a senior leader in an organization that lists “feedback rich” as one of the cultural characteristics we most aspire to; clear, candid feedback for me can still be a bit allusive. Or is it?

About three weeks ago I was in a meeting with our Values Based Leadership Team and unfortunately I was dog tired, worn out from some extended road trips that all fell at the same time. The good news is there was no need to hide it from the team as we know each other quite well and my uncharacteristically low energy was beyond palpable. There was a moment that I assumed was all in fun when one of our teammates said to me, “I actually think I may like this version of you”. We all had a laugh. A week or so later with another colleague we got into a conversation about our respective leadership styles and he proceeded to describe mine as very heavy and if memory serves me correct used the word intense. He also described a lighter version of me and finished by saying “I love it when you are in that lighter space”. My ride on the clueless bus continued. It wasn’t until a few days ago when another leader wanted to diagnose one of his directs reports. In the course of evaluating the associate my colleague described him as “aggressive however not as aggressive as you Mark”. Big flashing red lights started blaring, message received.

You see, there have been a few heavy things going on in the company over the last few months. And while one of my behavioral preferences is “pretty bird” it actually is second to my very high achievement or “type A” orientation. I had simply been matching the current state of the organization with my most authentic self. Not such a bad idea however we know the downside effects of overused strengths. The more important fact here however is my teammates, colleagues and friends were in fact trying to give me some very real and candid feedback. They were clearly trying to raise my awareness even if the conversations did not start with “can I give you some feedback”. To what extent do we expect them to at our level?

For all leaders, especially those who occupy the top roles, my guess is we may be getting more feedback than we think. The question is, are we listening and / or are we truly willing to hear what they may be saying? What I do know is that I am at risk right from the start given my core wiring not to listen; not to hear. This being said, I hold tight to a strong belief that where there is smoke there may be fire when it comes to how I am showing up for others. How about you, are you looking for even the slightest of clues that may be windows into how your associates feel about your leadership? Are you listening, and willing to hear what they may be saying? They may in fact be trying to tell you something. 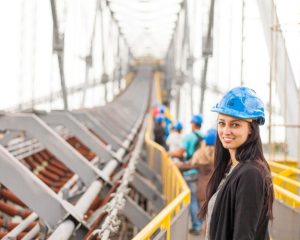 Cultivating Resiliency within a Team

When you are intentional and consistent about resilience as a leader, you take steps to move your team towards a journey that will create both value and sustainability for colleagues and your business. Find out the four strategies to get started and cultivate resiliency within a team from guest blogger, Cheron Smalls.

There is a very good chance that at one time or another during the course of your career, you have worked on a team with someone who was a “talented jerk”. So how did you deal with them? Dr. Tom Epperson shares thoughts and strategies for effectively leading and working with these “high-maintenance geniuses”.