Generation Z in the Work World 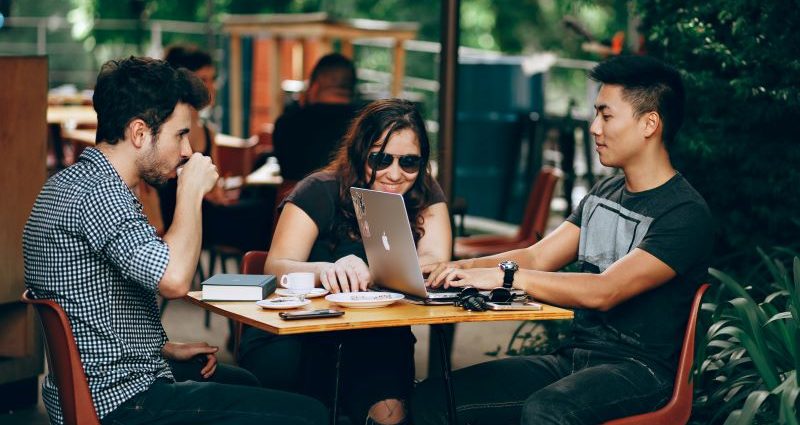 It was August 25th, 2020 when I was in my kitchen washing dishes and I overheard my 32-year-old cousin having a conversation comparing Generation Z (Gen Z) to Generation Y (Millennials).  She referred to a quote that stated, “Generation Z expects Wi-Fi and 4G as a basic need, the same as an expectation of running water and electricity for older generations.”  As a member of Gen Z, I responded to her comment by stating, “Yes my generation is technology savvy but, my generation is also the generation that does not follow leadership because of the position but we follow leadership because of the character.”

Gen Z is a generation that is influenced by the ideas of people and recognizes sincerity, humility, and empathy of a person.  Our ability to enhance our talents derives from the people we surround ourselves with.  Many people believe Gen Z is a generation of prideful and impatient members that want something immediately rather than working to attain it, however, it is not that Gen Z feels entitled, but we have a gift of urgency.  Anyone with a gift or talent must have proper leadership to help direct them to use their gift.  Without the proper direction, the gift may become a hinderance to one’s performance ability.  Since Gen Z is a generation of go-getters, it is necessary for us to be led by someone or an organization of charismatic, transformational, and coaching leaders.  People with those leadership styles can inspire their followers and allow others to recognize their strengths while guiding them on how to utilize their strengths in an effective manner.  John C. Maxwell stated, “Personal success without leadership ability brings only limited effectiveness.”  Therefore, what others may call impatience within Gen Z, is misguided urgency that will prove to be effective when guided by proper leadership.

Gen Z is a generation that welcomes diversity of thought, ethnicity, religion, etc.  Without diversity, an organization lacks new perspectives and ideas.  An unknown author once stated, “We have a generation to whom diversity is the norm- what they notice is not diversity but the lack of it.”  As an intern for a federal agency, I notice the absence of diversity in ways of age and ethnicity.  In result, some divisions experience stagnancy and complacency in ways of growth and ideas.  Gen Z is a generation that pushes to see necessary change and will submit to leadership that inspires to see the same change.  Change only derives from the character of the leader.  The progression of an organization is based upon the character of its leadership.  Gen Z wants bold and persuasive leaders that hire people of diverse backgrounds because it gives us a greater understanding of specific groups and quite frankly, we find it “pretty lit” (Gen Z phrase) to work in a diverse setting.  Thus, if a leader has an influential character and is a change maker, Gen Z will most likely follow that leader.  John C. Maxwell once stated, “Talent is a gift, but character is a choice.”  As this generation begins to emerge in their career fields, we will work for people and companies that are willing to make the choice to see change and welcome diversity in our work and community environments.  We are a generation of change makers and trend setters that are willing to be led by leadership with the same values.

Jneva Norfleet is 22 years old and is a first semester graduate student earning her master’s degree in Organizational Leadership from Virginia State University (VSU) as well as a Master of Divinity from North Carolina Theological Seminary. She graduated as one of the Valedictorians of VSU in May of 2020 with a bachelor’s in Political Science and a minor in Public Administration. She works as an intern for the Federal Bureau of Investigation as well as VSU. Additionally, she is an ordained minister and is the Youth and Young Adult Pastor of Kingdom Covenant Empowerment Center in North Dinwiddie, Virginia. She inspires to helps others discover their gifts and cultivate their talents. Upon graduation, she will continue her education by pursuing a Doctorate in Leadership and hopes to become a Senior Pastor and motivational speaker.