Visions are our goals for the future—the future we are taking action to create.  When led well, they are self-fulfilling prophecies that inspire others to act in ways that support them.   They also help us make sense of an ambiguous and uncertain world by providing a path forward.  For some reason, it seems as though the universe tilts in a way to help our visions become a reality, especially those we are the most committed to creating.

To be effective, visions should be clear and compelling.   Taking a look at most corporate visions, and you find language such as “Be the world’s most exceptional widget maker by leveraging shareholder value and innovative process controls while synergizing our human capital market place blah blah blah.” These visions sound like someone threw a corporate buzzword dictionary down a flight of stairs and the words that fell out got included in the statement.  In the end, visions like these fail to emotionally connect with their audience and do not inspire action.

Visions should also be authentic.  When groups ask me to help them craft their vision, I often refuse to use some sort of template.  Visions should be unique, using language that is compelling to the intended audience.  When the vision doesn’t match the organization in language, spirit, or direction, no one follows it.  Or worse, they mock it (see the example above.)

Visions are not just for organizations.   Individuals can create visions for their careers, their relationships, their families, or even their lives.  It scares me to think of reaching the end of my life having failed to reach my vision of being a great dad and husband.  I don’t want to waste the precious time I’ve been given, and I don’t want my kids complaining about me in therapy twenty years from now.

When we commit to creating a future for ourselves and others, we get a sense of movement, more often than not.  It allows us to take actions to carry us closer to the future we imagine.  And that feels like empowerment.

My advice for organizations and individuals:

And lastly, remember that visions are not permanent.  The world changes, and so should you.  Your vision may have to change (just maybe not every day.)  I plan on keeping my vision of being a great dad for a long time, at least until the kids disown me. 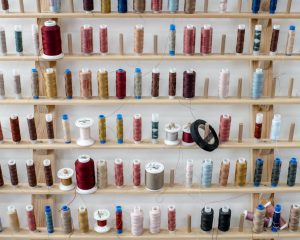 Carla Ruiz shares some of the foundational building blocks imperative for family businesses to successfully transition, grow and evolve from generation to generation