Let Me Rescue You Unfortunately, drama is not something that ends after high school (sorry kids). But what is drama? Why does it exist?

Since starting at Luck Companies, I learned about a drama theory called the “Drama Triangle.” Yes- there is a theory to describe drama, one that if more people understood, I am pretty sure they would feel more empowered to limit the drama in their life. So, let me explain it to you:

There are three players (points) in the Drama Triangle:

A friend, Jane*, comes to you complaining about how frustrating their coworker, Matt*, is. Matt is always going above Jane’s head for simple fixes and has constantly been making snide comments about the relationship Jane is developing with their boss.  Jane thinks Matt is trying to undermine her in front of their boss because Jane has recently been receiving some positive feedback about her work.

You listen, nod, and enthusiastically respond- “I know! Matt actually scheduled a meeting with me last week to get numbers for a report that had nothing to do with me. It was like he was trying to get information to prove one of my coworkers wrong!”

You have just justified Jane’s feelings and negativity. You have attempted to rescue her from the situation. You=Rescuer, Jane=Victim, Matt=Persecutor. And, you have opened the door for Jane to continue to vent and place blame on Matt.

What if you shifted it up? What if you asked what Jane has control of in this situation that she can change (*hint*hint* her attitude)? What if you asked what was going on in Matt’s life? What if you recognized that Matt was jealous of Jane’s relationship with his manager and figure out some ways to include him on important conversations or give him positive feedback about his performance? Most of the time, we take comments so personally and turn it into drama but so rarely it has anything to do with us- it has everything to do with that person not being in a straight and beautiful space. As we attempt to ignite the potential of individuals, it is our responsibility to challenge ourselves and others to own what is in our control- our attitude and behaviors. Those “what if” questions above help to move a situation forward opposed to playing the Rescuer and adding to the drama, which either leaves you stagnate or potentially moves you backwards.

The Drama Triangle is a theory I truly believe should be taught in schools. I have found much more use for it than the Pythagorean theorem (and… they both relate to triangles!). Trust me- I mess it up all the time. The reason I can share the above example with you is because I have had countless experiences where I played the Rescuer (or the Persecutor, or the Victim) in situations exactly like that. I got myself caught in the Drama Triangle yesterday, and my guess is I will find myself there again this week. I am not perfect, but the more aware I am, the more intentional I can be about staying out of the drama.

I challenge you to take a deep breath before stepping into the role of the Rescuer. What questions can you ask that stops the drama and creates a developmental opportunity?

* Names are fake; the story is a combination of real life experiences (ones I can assume everyone can relate to!). 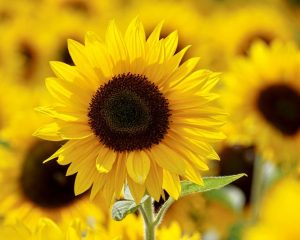 Wendy Berenson discusses the Insights Discovery ® assessment and how this tool can help build greater self-awareness in our leadership journeys. 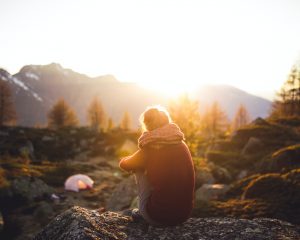 Sharon Amoss discusses unconscious bias and how we can make the choice as leaders to be attentive to bias, reflect on our actions and challenge our thinking to cultivate more inclusive environments.