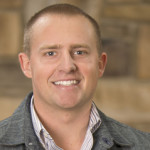 “In the 1950s, it was believed that running a mile in less than 4 minutes was beyond human capabilities. Until one man proved it wrong. Within two years, 300 other runners also ran a mile under four minutes. They had the ability to do it all along, but were stopped by the common belief that it wasn’t possible. It’s not our dreams themselves that motivate us to reach for them.

It’s believing that they’re within our reach.”

Dreams are the fuel that has propelled mankind forward. They are our intense desires to want more, to achieve, to challenge, to explore and to push. We all have them, yet few of us act on them. Is this because we don’t believe they’re attainable?

We often find ourselves bound by our debilitating thoughts; I can’t, it’s too risky, I’m afraid, that’s impossible.

We do have weaknesses, fears and doubts, but we must remember that they are overpowered by psychological strength. By the most powerful directing force of our future: Our Belief.

The above video and quotes were produced and published by Live Unbound.

Richard’s passion in creating opportunities for individuals to recognize and act on their untapped potential is contagious. He has spent his life pursuing this passion, first with Teach for America and most recently with his own entrepreneurial venture, UnBoundRVA- a nonprofit that helps low-income adults reach their fullest potential through entrepreneurship. After two years of leading UnBoundRVA and successfully transitioning its leadership, he has made the move to Luck Companies, where he is currently an Executive Trainee. As a fourth generation family member at Luck Companies, Richard is able to bring a truly unique perspective on family business and Values Based Leadership.