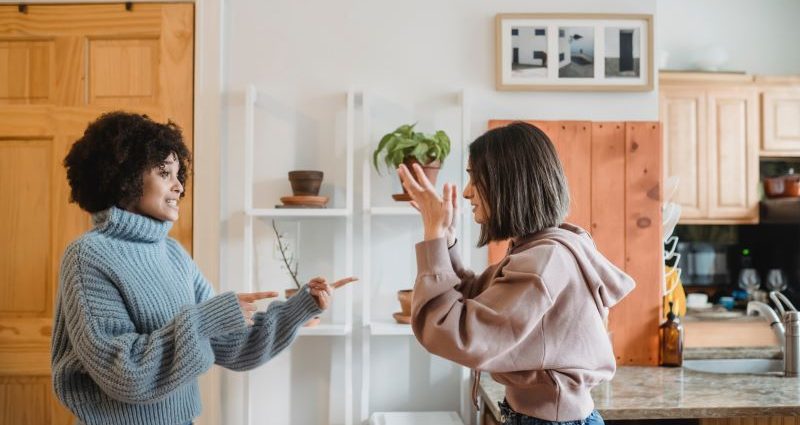 A doctor, an organization’s president, a front-line retail associate. No, this is not the intro to a bad joke. It is the job title of three people that I had similar conversations with over the past week. The three people have absolutely no connection and the conversations happened in random times and places. Yet, the topic of the conversation shared the same sentiment – as a society, when did we become so disrespectful and unkind? When did we become so ugly? Why does that seem to be acceptable? Did the pandemic bring out the worst in us, or has it just been lying in wait like a volcano about to erupt?

Some blame social media where it’s easy to hide in plain sight. We can hide behind made up Twitter handles or make fake Instagram accounts. It seems that the way we show up on social media drives people apart, creates silos, erodes trust in institutions, incites violence, and creates disconnection and divide, while making us feel more isolated than ever.

Maybe another reason for disrespect is the lack of dialogue. One thing that I will always be grateful for is one of my former bosses modeling how you can have respectful disagreements. He was truly gifted at it, and even when there were two wildly different perspectives, he was a ninja at navigating the conversation in a way that everyone felt heard and understood. There may have been times where he would have said, “We’ll agree to disagree,” but it was always said with an open mind, a big grin and even bigger heart. It’s easy to get so wrapped up in our own ideas and experiences that there’s very little conversation across perspectives. Respectful disagreements can generate some positive outcomes when we’re willing to be brave enough to have the conversation.

So, in my three conversations, what did we ultimately want? To create an environment where we can be respectful, real, and not ugly. I was reminded of this passage from the Velveteen Rabbit:

It doesn’t happen all at once,” said the Skin Horse. “You become. It takes a long time. That’s why it doesn’t happen often to people who break easily, or have sharp edges, or who have to be carefully kept. Generally, by the time you are Real, most of your hair has been loved off, and your eyes drop out and you get loose in the joints and very shabby. But these things don’t matter at all, because once you are Real you can’t be ugly, except to people who don’t understand.”

Every single choice we make is chance. A chance to show respect and build unity. A chance to be purposeful about leading with your own core values and creating a lasting positive impact.