InnerWill’s customized leadership development programs and training are designed and tested to have positive and measurable impacts on the organizations and individuals we serve. Sustainable change rarely comes from helping just one person. That’s why our facilitators go deep into organizations — from the boardroom to the factory floor, from the executive director to the volunteer, and from the principal to the first-year teacher — across roles and across generations. Our leadership development programs and training services include:

InnerWill’s advisors work with families to develop visions, values, and family alignment, deepen trust and and ensure that family-held businesses can grow and prosper for future generations.

InnerWill’s curriculum is based on practical approaches to leadership grounded in theory and refined through application in multiple settings and industries. VBL 101, Self-Awareness, Receiving and Giving Feedback, Situational Leadership II, and Personal Effectiveness are just a few of our workshop offerings.

InnerWill’s certified coaches work one-on-one with leaders to identify their goals, practice new skills in support of their organization, gather feedback, and make choices that align with their values.

We work with senior leaders and board members to define the organization’s strategy, culture, and processes in support of its mission, including strategic planning, building competency models, and succession.

We use a variety of instruments to assess the effectiveness of leaders and the organization, including Insights Discovery Personal Profile, Emotional and Social Competency Inventory (ESCI), 360-degree Feedback Surveys, and Employee Engagement Surveys.

Learn more about our customized solutions.

“InnerWill are people whisperers. They match research and psychology and the science behind it, as well as the soft skills. It’s a great, well-put-together program.” 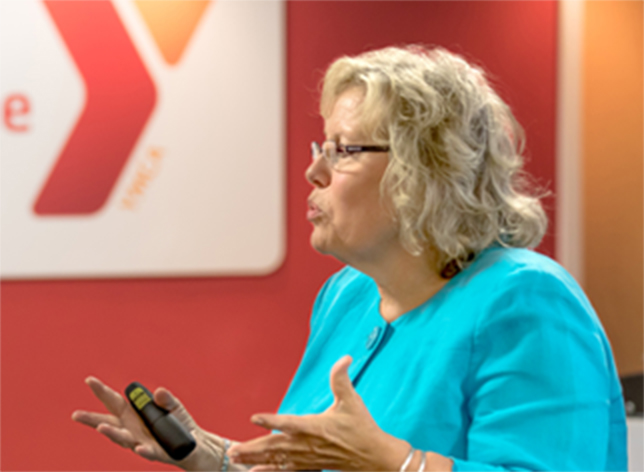 InnerWill provides interactive, accessible, Oxford, and relevant presentations on leadership that challenge, inspire, engage, and motivate audiences. Our keynotes are lauded for breaking down difficult concepts into real-world examples and delivering practical skills to help people lead more effectively at work, at home, and in their communities.

SEE MORE FROM OUR SPEAKERS

Finding the right speaker for an event can be daunting. We would love to help you create an unforgettable experience that will bring people together and give them actionable takeaways. Tell us what you’re looking for today.

Get to know us

If we have learned anything as a species, it’s that nothing can stop us if we work together. Businesses across the world know this very well. That’s why they want to raise high-performance teams. Such a team accrues many benefits.

A highly motivated and energetic team leader or manager helms a high-performance team. Each team comprises individuals of different calibers and expertise. But its leader molds the team to suit the requirements of the tasks. It often functions as a pocket firm within a larger organization. As such, a high-performance team requires little supervision.

In a high-performance team, every member has a right to put forth their ideas. The generation of ideas within the team enhances the team’s performance. Each member is free to build on and add to the ideas of other team members, resulting in innovative solutions.

Members of a high-performance team are well informed. Some even attend external seminars, webinars, and courses to improve their quality. The team leader and colleagues encourage them to implement their skills. An employee receiving such treatment develops a sense of belonging, which also helps achieve employee engagement and employee retention.

Employees in a high-performance team are often motivated to work as a team. They report to duty every day and put in extra hours if the need arises. Members of a high-performing team are always engaged and exhibit loyalty towards their team.

A high-performance team’s objective is to ensure quality service to the customers. Such teams are flexible and undertake different tasks because of the talent available. They channel the skills and expertise of its team members to come up with a solution.

Having a high-performance team is akin to having an electric wire overhead. They are always buzzing with activity. The team won’t let go of a chance to celebrate their success, no matter how small it may be. This positive attitude is an effective way to engage employees.

Innerwill has an 85-year history of creating high-performance teams worldwide. Give us a call at (844) 898. WILL to know more about the transformative work of InnerWill.

How DO WE Create High-Performance Teams?

Raising a high-performance team is a priority on the checklists of most business organizations. Over the years, several of them have come up with a list of parameters to follow when raising such a team.

1) Combine the right people in a right-sized team.

A team is as good as it’s individual members. Highly motivated and engaged employees will be available in your workforce. The key is to bring them together under the right team leader. Also, be careful about the size of the team. A compact team has more chances of becoming a high-performing one.

2) Clip conflict at the outset.

There are two types of conflict: substantive and emotional. Differences over the solution or recognition of a task cause the first. The latter is the result of personal differences. Watch out for the latter! The onus is on the team leader to find these friction points. If the leader fails to do that, the team will break into groups that will subvert the team’s aspirations.

A team leader must ensure collaboration within their team. They should sensitize the team members to their goals. For a team to be a high-performing one, the staff should agree to work with each other. A good team leader strikes a balance between individual aspirations and common goals.

4) Cut the stone right, and you will have a diamond!

Measure the team’s performance, both collectively and individually. Only a thin line separates a high-performing team member from a low-performing one. A team leader should invest extra effort to mentor employees. It not only churns out better productivity but also promotes employee engagement.

Each member should receive instructions on their roles and responsibilities. The team leader should ensure that the members do not overdo them or leave them incomplete. They also inspire the members to raise the hierarchical ladder. For this, a team leader should have a sound knowledge of the strengths and weaknesses of members.

6) Do not embarrass your team members.

The team leader should not appraise an under-performing member in front of the team. It will make that person lose faith in the team leader. The team member should address such issues separately. The same rule applies when it comes to an extraordinary performing member. A comparison often makes other employees feel disheartened.

The team leader should allow creative thinking in their team members. Let them freely discuss their ideas during meetings. If the team implements these ideas, it will encourage other team members to come up with ideas. It will also lead to healthy competition among team members.

Innerwill has an 85-year history of creating high-performing teams worldwide using Leadership Development Programs and Training. Give us a call at (844) 898. WILL to know more.