Next week I’ll be kicking off the eleventh session of the Women’s Leadership Series. The Women’s Leadership Series is an intimate community of female leaders who are looking to grow and activate their authentic selves to become more effective leaders. Participants are invited to take an honest look in the mirror and discover the courage to take new action. As I thought about bringing together a new community of women, I reflected on what it means to be a woman in leadership, and some of the challenges that persist.

Women are constantly asking themselves some version of the question, “Do I take care?” or “Do I take charge?” I hear us asking each other and ourselves questions like, “Do I speak up in the meeting and share my knowledge or do I listen to the perspectives of those that have more experience? Do I hold the person who isn’t performing accountable or do I find out what is going on behind the scenes and give them another shot? Do I take a stand when I am interrupted, or do I let it slide? Bottom line, women often feel damned if they do and doomed if they don’t.

Our male colleagues are perceived through a male male stereotype and while increasingly encouraged to exhibit greater warmth, care, concern their credibility isn’t significantly undermined when they don’t and exponentially enhanced when they do.

What if this expectation of women leaders is a blessing in disguise? What if this cultural bias challenges women to enhance our personal strengths with the full range of what we are capable of? After all, women tend to both take care and take charge inside the organization called, Home.

As Brené Brown so eloquently articulated in her most recent book, Braving the Wildnerness, “we need to bring a soft front and strong back to the world today”. When I think about this paradox and how it pertains to leadership, and more specifically women in leadership, I believe women may have an opportunity and even an advantage.

People want and organizations need what women are capable of and uniquely talented at – tapping into BOTH/AND. Both taking charge and taking care, both being approachable and being authoritative, both executing tasks and nurturing relationships, both delivering profits and creating cultures that instill purpose. Something I call transformational leadership – a style of leadership that integrates both masculine and feminine qualities and allows women (and men) to use it with great success and without penalty.

It takes courage to move beyond the bias and ask the question, I understand what popular conceptions of leadership are, but do we really want to perpetuate these stereotypes? Isn’t it time for both males and females to lead with both soft and strong?

InnerWill Board Member, Kelly Lewis began her journey in leadership development at Georgetown University’s leadership coaching program in the midst of her budding career in a corporate workplace. In 2008, Lewis took a step forward in her commitment to cultivating potential in others and founded her very own leadership development and coaching firm: the Lewis Leadership Group. She now holds the status of Professional Certified Coach within the International Coaching Federation and received the 2011 Workforce Management’s Game Changer award for her innovative capacity to inspire new leaders 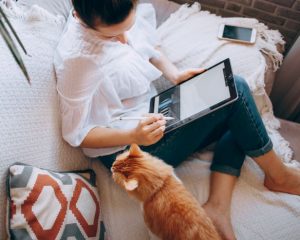 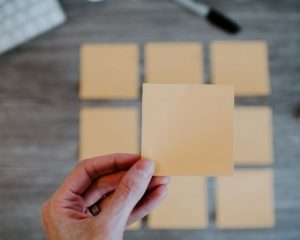 Want to really connect with the people around you? Put down the post-its.

Guest blogger Sherry Klauer shares how to show up with compassion and an open mind to make room for true connection at work and at home.